​At Phantom HPV's, we specialize in the design, build and racing of highly efficient human powered vehicles.

Established in 2003, Phantom HPV's began as a group of motivated students keen to compete at the Australian International Pedal Prix annual 24hr competition.  The group grew and matured over time, eventually winning the event in 2012 and setting a new distance record in the process. 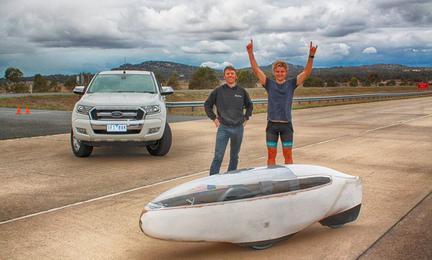